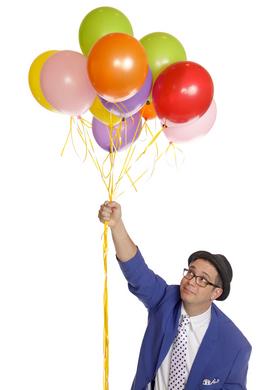 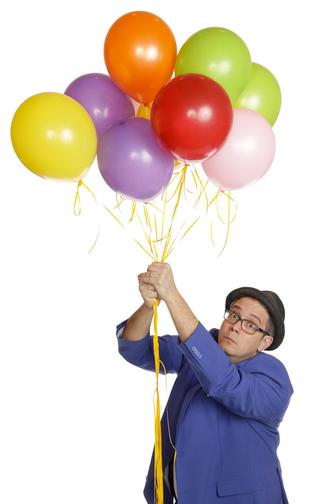 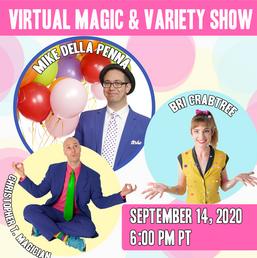 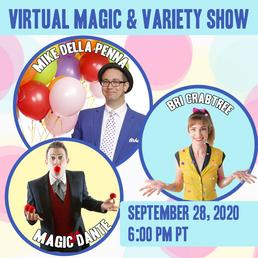 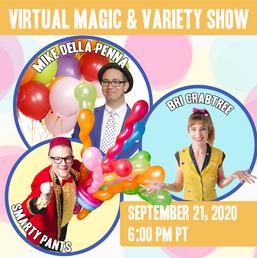 Mike is a former Boston stand-up comic, 20-year comedy improv vet and second-grade school teacher. He returned to magic, his childhood hobby, when he moved to the Bay Area in 2004.
Since then he has performed to laughter and acclaim across California, and won some awards to boot. He loves magic's combination of fun and surprise and shares in the wide-eyed wonder of his young audiences.

"Mike had all the kids engaged, interacting, participating, and laughing. Parents and kids alike loved the show. Even the shyest kid wanted to participate! Perfectly humored! So awesome that our 7 year old wants him back next year for her birthday party!"

"Mike The Magician was a fantastic part of my 4- year-old's birthday party!  The kids (ages 3-8) were engrossed in the magic show, and he kept them engaged the entire time.   The show length was perfect for their attention spans, and the adults really enjoyed the magic also!  He made balloon animals after the show, which was a great way to finish up.  Mike was pleasure to work with."

"I cannot say enough amazing things about Mike! He performed at the Los Gatos Library during our Summer Reading Program. He is funny and has a sparkle that captivates the audience. His passion for children and magic comes through in his performance...I would wholeheartedly recommend Mike for the enthusiasm for magic and learning he brings."